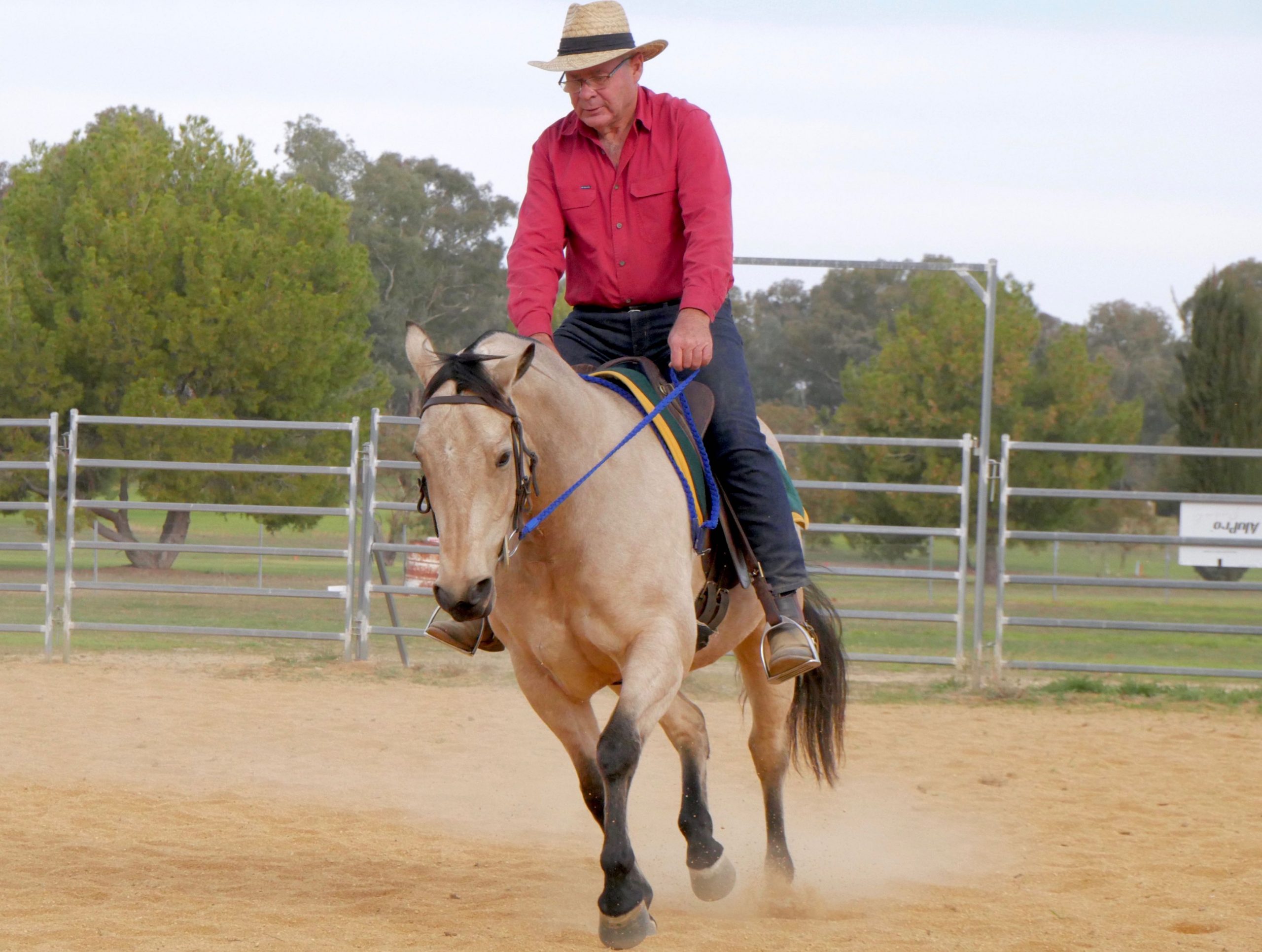 A horse that’s confident and relaxed thinks on a very simple level.

When you tap your horse on the rump or touch him with your leg or spur, he moves forward and the tapping, leg or spur stops.

just move forward and the pressure (tapping, leg or spur) is removed.

Timing is crucial. If the rider doesn’t relieve the pressure immediately the horse moves forward, the horse will be confused.

He’ll look for another way to relieve the pressure. It may be to kick up, pigroot or pull the reins and run faster.

When a horse does these things, most riders are busy hanging on and can’t use their legs or spur, so the immediate result for the horse is relief of pressure.

just kick up, pigroot or run off and pressure is relieved.

Such a horse is not naughty, disrespectful or bad, he’s just doing what he’s been taught.

Though no one means to teach their horse such things, it’s very easy for unwanted behaviours to become ingrained.

When such a horse is ridden away from the barn, he resists in the manner he’s learned.

He kicks up or pigroots, because he knows this will relieve pressure from his rider.

Immediately the pressure is relieved, the horse turns and makes a run for home, or tears off to see other horses in the paddock or does whatever else he wants to do.

This may go on for years and some horses become very good at finding ways to relieve pressure.

The theory of overcoming these behaviours is extremely simple.

However, being able to carry out the theory is not so simple.

I’ve ridden hundreds of horses who’d learned to resist when they were asked to move forward and give.

I ask such a horse to move forward by touching him lightly with a blunt spur.

All he has to do is move forward in the manner I ask and the spur goes away.

When the horse resists, I keep the same light touch.

I don’t punish him or thump him with the spur.

Immediately he moves forward in the manner I want, I take the spur away. T

he horse gets rid of the spur by moving forward in the manner I want, not by resisting.

If a horse has been resisting for months or years, he won’t immediately get the idea.

I let him relax for a while, then again ask him to move forward by touching him lightly with the blunt spur.

If I’m consistent, it’s not long before the horse understands to move forward instead of resisting.

I don’t expect any horse to be perfect in one lesson.

It will take weeks or months to overcome this behaviour.

It’s something that needs to be worked on every time the horse is ridden.

As he learns to move forward and give, he’ll start to relax and move more evenly.

He’ll learn to find relief in a simple and logical manner.

Though horse problems aren’t easy to overcome, the theory of horse training is very simple.